Skywatch Friday.. Sailing along the Backwaters

The silent waters glistened against the setting sun, adding to the lovely mood of the evening. We were enjoying the ride along the backwaters in Allepey, and it was very evident that the 2yr old in our midst was not the only one excited and high...

The 3 hour long house boat ride was the highlight of the trip, where we got the opportunity to steer the boat, watch people go about their daily routine on a tiny boat, while many others were seen travelling with their cycles on these boats. Step out of the houses and you were on the shore of these back waters. Wow, what their lives must be like was the only thought running in our heads. As the sun began to go down, we had nearly reached the point that was an indication to do a U turn and head back to our resort. 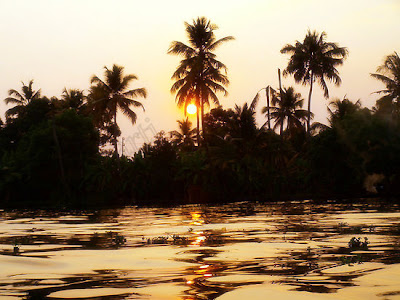 The hot bhajjis, tea, and pazham pori [banana-Nendram pazham fritters] that the resort guys had packed along for the ride were sinful. As the boat sailed along the smooth waters, we saw the sun set and the beautiful reflection in the water... There were bunches of water plants floating about, adding to the magic of the experience... relaxed and content, we lost ourselves in the serene surroundings....

I hopped off the bus and began looking for the entrance gate.. It had been 6yrs since i had visited this place last...Back then i was travelling with college, and it was my visit to this Monument. This time, i was on my own and looking fwd to exploring the place on my own... I was at Humayun's tomb in Delhi...

This is probably the 1st monumental that showed the world what Mughal imperial architecture was. The tomb was constructed to mark the grave of the Mughal Emperor Babur, Humayun's father, the Ruler who founded the dynasty and one who had requested he be buried in a garden. 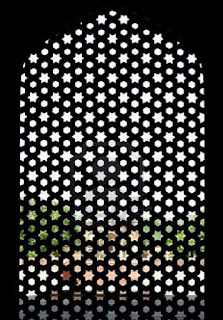 The design is attributed to  the Persian Architects and poets who were associated with the Mughal Courts.  I walked the length of the gardens, along the water fountains in the center towards the South of the Purana Qila to where the main Tomb was located. Like many others, it is also set in the midst of a beautiful garden created in the Mughal char bagh pattern. Around the complex are tall raised walls, it is said that on one side   the River Yamuna flowed by, but now it has been averted...

I noticed the gardens were divided into four parts by water channels that had paved walkways all through the length.. I overheard a guide tell a couple from Spain that the walkways are called khiyabans. 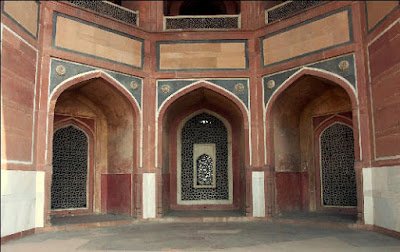 The entire monument has been created with red sandstone with white marble engravings and ornementations. Apparently the top of the dome is over 140ft from the ground.  There are numerous high arches and intricately carved windows which add to the beauty of the place.  As i made my way inside Humayun's tomb, i noticed that each of the main chambers has within them eight smaller chambers. When i enquired on the total number of chambers i was told there are nearly 124 vaulted chambers in total. 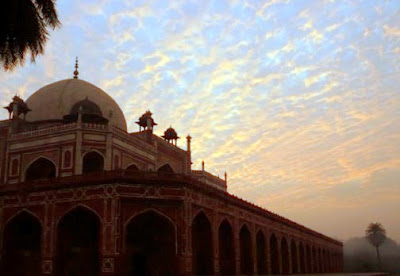 Humayun's sarcophagus was in the central domed chamber.. His head was pointing south, and the grave was facing the east based on Islamic practices. There were other sarcophagi inside the vaulted chambers, which were added on later- his wives, Princes and so on... There was a Box of writing instruments on top of the grave which indicated it was a male body held within and a slate for the woman. How cool was that!

I heard a sharp whistle, indicating it was closing time and quickly made a beeline for the gate... I was amazed at how clean and well maintained the Monument and surrounding gardens were... My only regret was not having a digital camera[i had to get the film developed before i could see the images.. sigh]

If you had two extra hours in a day, how would you spend it?


And that is what Indiblogger asks us to share through this new contest called  Surf Excel Matic #GetSmart Contest
“Time is free, but it's priceless. You can't
own it, but you can use it. You can't keep
it, but you can spend it. Once you've lost it
you can never get it back.”~  Harvey MacKay
With my head resting on the window pane, i let my wind wander as the Dave Mathews Band belted out Rapunzel.. The cool breeze managed to sneak in through the gap in the windows, running a shiver up my neck while my hands searched for the elusive shawl..  I was lost with my thoughts, reflecting on life, wondering if it would have been any different had i realised what i wanted to do early on in life.. I brushed aside those thoughts and decided not to worry about the past, knowing that the Tomorrow was what i need to look forward to..

The lady in the seat next to mine was tossing and turning, i could feel her every movement with the little squeaks from the rexin seats, but the momentary disturbance was over and my thoughts engulfed me once more.  I checked the time one last time and noticed the clock glowing 3.15am. Smiling at the prospect of what awaited me, i was off into the wonderful world where there was none but me, and there were no advices, nor where there any chaos. I was in heaven, enjoying this blissful moment with myself. Before i knew it, i heard the bus brake to a halt and all the passengers bustling about within the bus looking for their bags and trying to come awake and alight the bus. 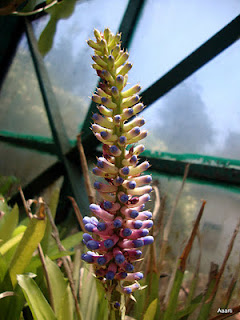 I hopped off the bus with a smile on my face before heading off in search of an auto-rickshaw to take me to the guest house.  Those dos horas [2 hours] from 3.15 to 6.15 was the 2 hours i shall savor the rest of my life.

Every now and then i wonder if ever i will get 2 such hours where i can be with myself and my thoughts...

Skywatch Friday... Amidst the silence

It all began with a phone call from my friend asking me if i had 15days to spare in March- April. And when i probed she said "There is this Vipassana course, and i want to do it, but will do it only with you...".. That was it!  i had booked my tickets to Mumbai and booked two seats for us on the course! I came to know via friends that Igatpuri is the best of the centers, but they dint have openings on the dates we had in mind...

We planned the trip thinking it was going to be beyond painful, difficult for us to stay quiet for so long..
We started packing our bags wondering if we would be allowed to sneak in one book
We bought detergent and clothesline with thoughts of how the rooms were going to be
We hopped on the train with butterflies and their mommies in our tummies
We were excited and nervous
We were scared and anxious
We were assigned to different rooms with strangers for roommates...
What an experience it was!

The 11 days of Vipassana where we were not allowed to utter a single word [ but for the few minutes spent with our gurus clearing any queries we had] and in the company of complete strangers in a beautiful serene environment went by not so fast, but we did enjoy them!

Our days began at 4.30 am and ended at 10pm..
Amidst sessions of meditation, we had free time where we either slept, wandered the vast gardens, washed clothes or just sat in silence!!
We were exhausted by the time night came and the last hour of meditation was done!!

Maybe because there were no strict concept of meditation or that we were asked to chant a mantra, it was fairly easy! And with time, we mastered the art of sitting in one spot without twitching or our feet going numb [well, it was also part of the meditation that taught us to control our reaction to the sensations we felt]...

On the final day, we were given our phones, and money [that we had given up for safe keeping at the center], and after a call to our homes, we were done! I took out the phone only in the evening to click a shot of the beautiful sky when we leaving the center towards a friend's apartment... 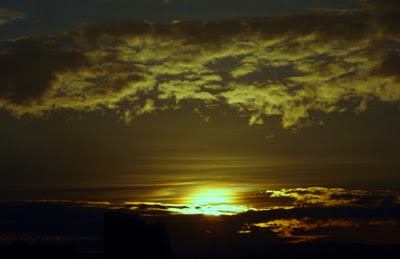 We were content being silent and happy, to a point where we were kinda getting irked at all the yakking going on around us. It was a different thing that we dint understand much of what the others were talking as it was in Marathi... Almost all the women were surprised to discover i was from Chennai [and that i had travelled the distance to attend the course in Pune when there is a center in Chennai]

The program was a revelation of sorts.. It boosted our confidence, refreshing our souls and giving us a new lease on life and people!!

What an experience that was!!

Skywatch Friday... Blues all the way

Walking along the ocean, watching the sun rise or go down is the most perfect moment.. especially when travelling! The moment is when you are surrounded by none, and there is a sense of calm and peace in the air...

That was exactly how i felt when in Goa, as i walked along the shores of Baga Beach with people on boats and jetskis flying past....