Ah, the memories from the Sri Lankan trip continue to linger on... I was talking to a friend about the fresh sweet Strawberries from Nuwara eliya and so decided to do a post on the place for today's skywatch as well..

After being on the road for the better part of the day, visiting K Galle, Kandy and Pinnawala, we had decided to halt at Nuwara Eliya for the night. We drove along the winding road, stopped at the first B & B, bargained for a good rate and tucked into the warm cozy bed. The next morning, we hit the road fairly early and as we drove down, the sun was beginning to rise shimmering in the blue lake. It was a beautiful man made lake that also had a amphibian in it [ one of those planes that flies and glides on water].. The water looked like a million diamonds had spilt.. 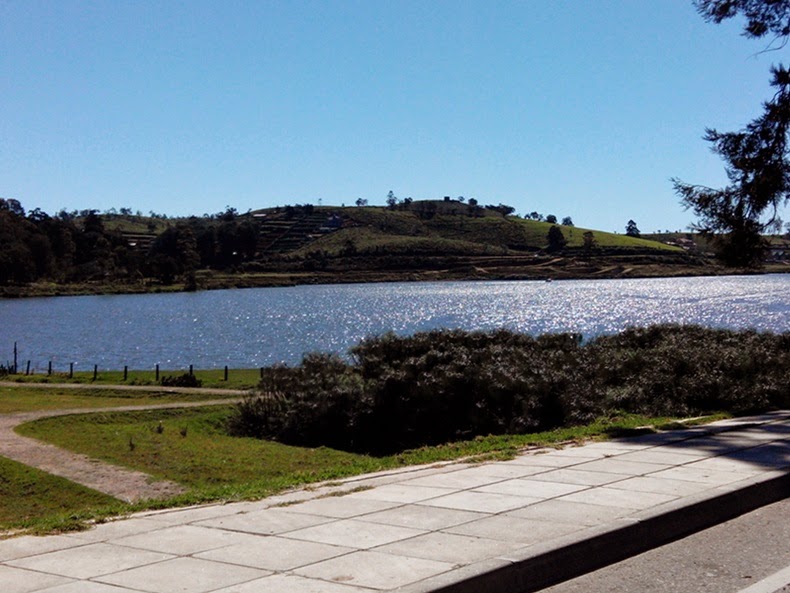 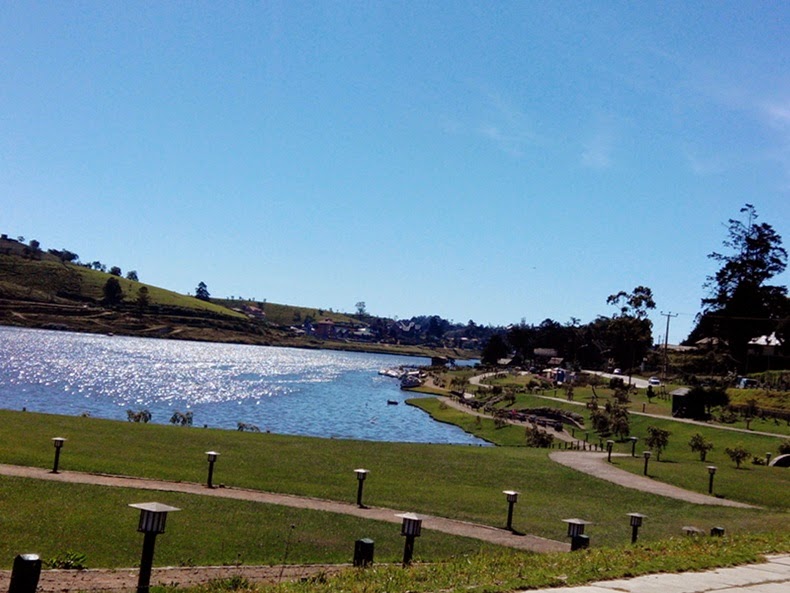 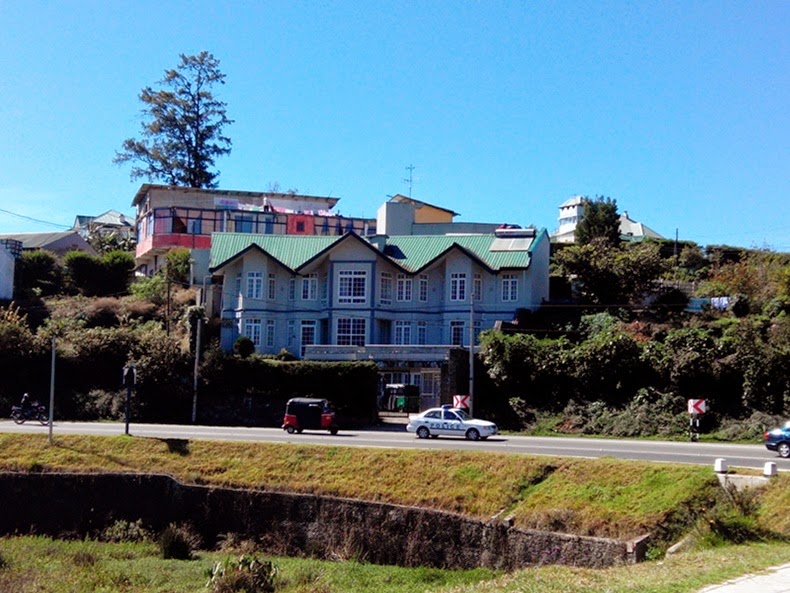 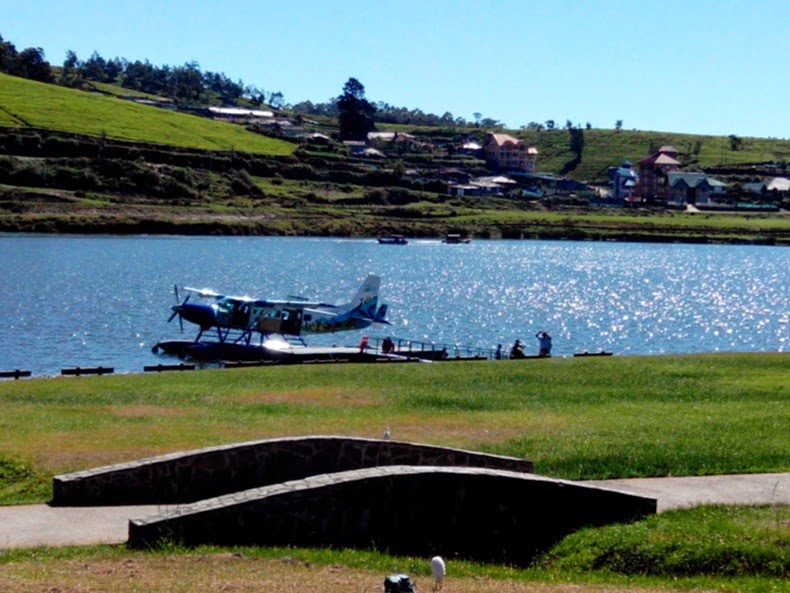 Further down, we stopped at a small roadside shack for a quick breakfast- had the most yumm tasting coconut roti and the lady also told us of a Sita temple nearby which was quite a beautiful one at that.