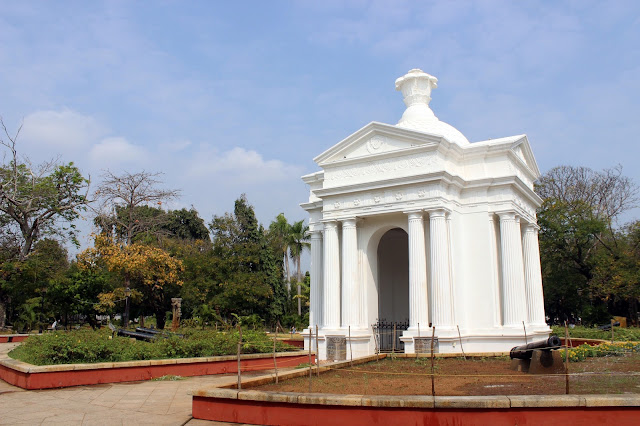 Change is always good... right?... Well, I have finally taken the plunge, thanks to a dear friend and made that big move The domain had been registered, the thoughts and ideas were in place. It was just a matter of moving...

Come over, have a cup of tea and let me know your thoughts...


You can read my travelogues on,


Continuing my tradition of travelling around my birthday, this year too I was all set to pack my bags head out somewhere exotic/new/exciting.. Where did I go? Goa... Yep, a certain someone planned the trip and I was whisked away from the airport on a fabulous road trip... For someone used to travelling by train/flight/bus this was different and so much fun... Taking short breaks, enjoying the sights and sounds along the way, singing along to music, chit chatting about everything under the sun,moon & clouds.. Added bonus was I got to experience the crazy monsoons in Maharastra & Goa... Verdict- loved it... cant wait to do more such trips....

On my birthday, we infact stayed in the room cos it poured non stop through the day. Think we stepped out only for dinner, that too cos of a zomato goof up.. On the 3rd or 4th day, while having breakfast, digging into pancakes and hash browns, we were trying to figure out where to go.. Somewhere interesting, we can walk around and not worry about the rains too much. The weather was erratic- it would pour like crazy and then take a break for a few minutes, and rinse repeat... Plus neither of us wanted to do the usual touristy things. While talking to a friend who was from Goa, and doing some digging around on the net, I found "Houses of Goa" which sounded fun...

Off we went, in search of this street that is known to have houses that were all of different shapes and sizes, some crooked and tall, while others had funky entrances, windows and doors. Located in Porvorim, it took us about 35- 40 mins to get from Calangute... The drive was beautiful, lush greenery, little traffic and ofcourse awesome company :-)

As we got closer,  we were headed downhill when we spotted the wonky looking house right in the middle of the road and knew that had to be the place. Parked the car and walked around a while, enjoying the architecture, the bright pop of colours on one aspect of each of the houses before making a beeline for the tiny store in the narrow tall wonky house.

There is also a museum put together by Gerard da Cunha.. The museum is the wonky building that I mentioned above and it looks like a triangle cone from some angles and a ship from another.. We did meet him at the Mario gallery as well later....

We then drove around a while, just along the roads to see where they took us before we made a turn and got back to where we began. That is when I spotted Mario's gallery [ situated right next to the House of Goa street]. I was curious, and we parked once again but this time rains began, and we made a dash for the gallery... More on that in the next post...

What do these houses remind you off? Have you been here?

I was up in the sky, high high above it all.. after ages.. This time, I got upgraded and travelled in plush seats, with wow level leg room. And so I did not have to excuse myself every time I turned or twisted in my seat... That apart, the windows seemed bigger as well and I could see all the way beyond with ease...

There was a bit of turbulence, but wasn't too bad. I watched a few episodes of downloaded show, read a while, chit chatted with my co-passenger and dozed a bit as well..Here are some shots I clicked during the flight from Bombay to Chennai...  [Psst- haven't edited any of the images] 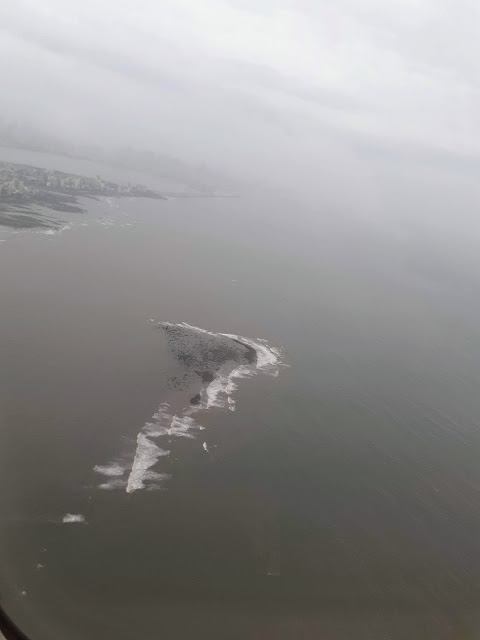 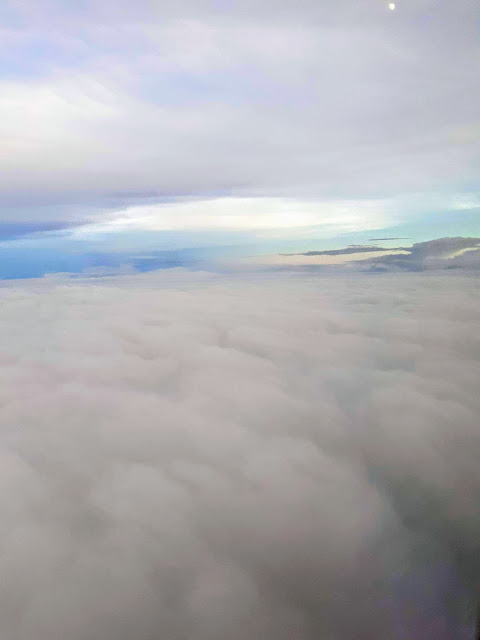 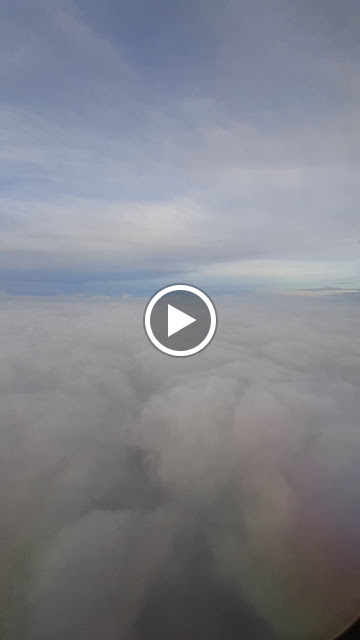 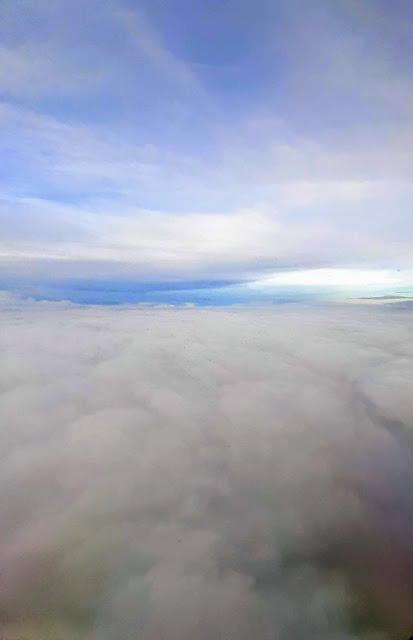 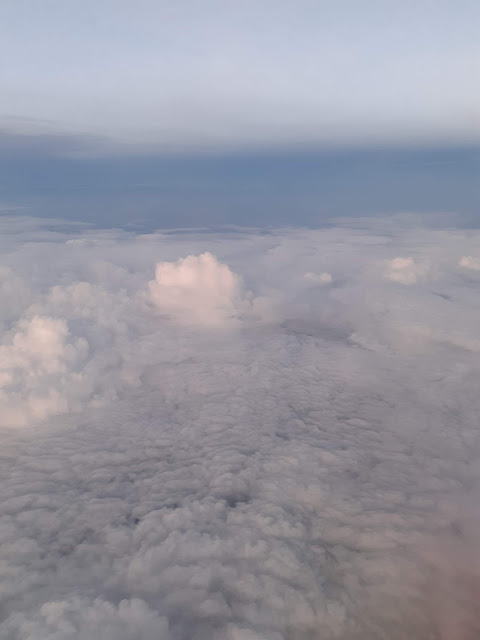 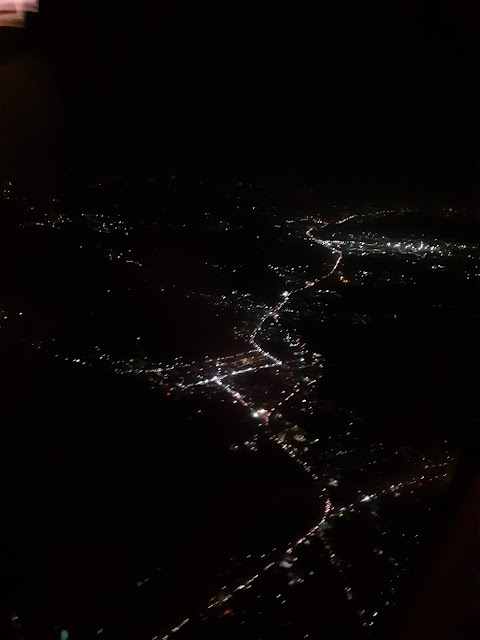 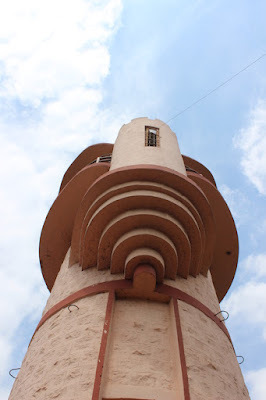 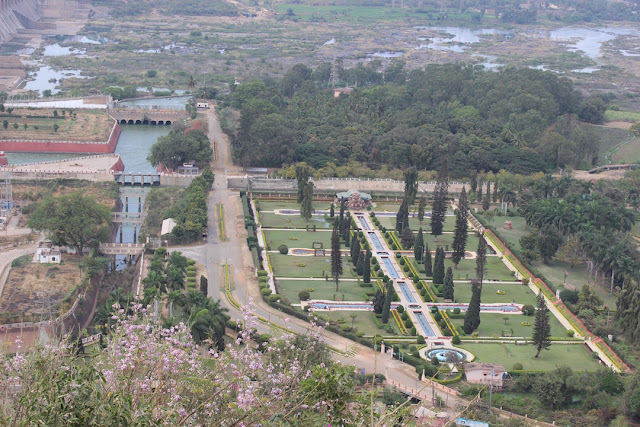 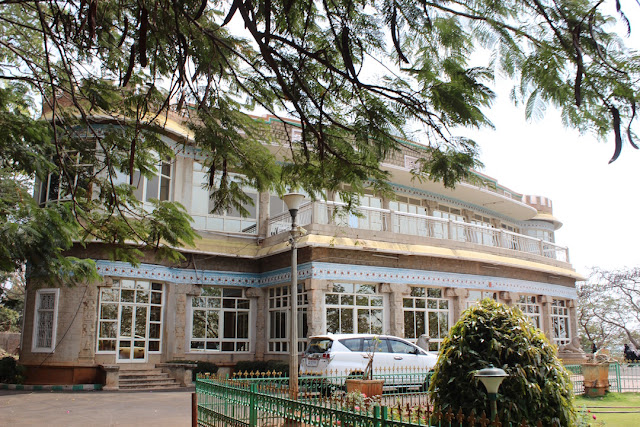 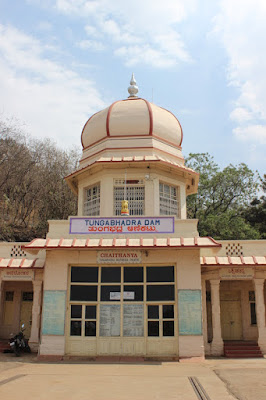 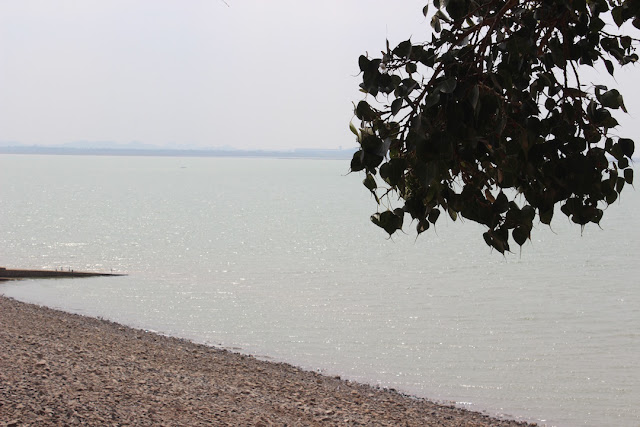 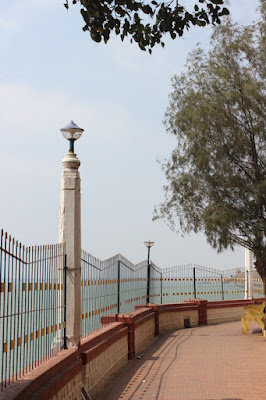 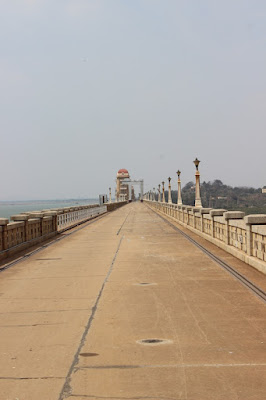 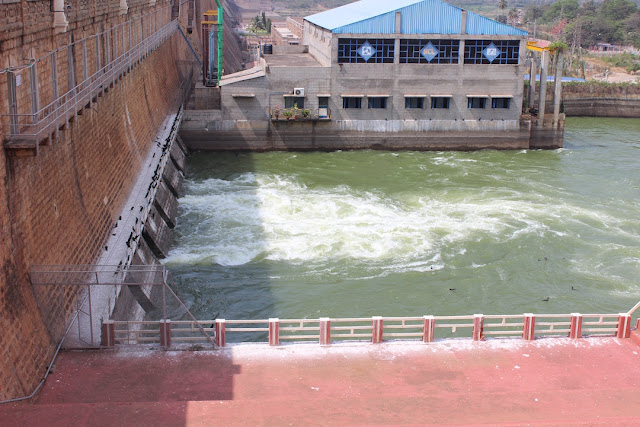 It was a trip unlike any other I had taken...Why?  Oh, several reasons....

I had been chatting with this guy via a dating app for a few weeks and we decided to meet. Instead of him coming down to Chennai or I doing the trip to Hyd, we decided to meet elsewhere. He wasnt big on travel and the only trip he had done in the recent past was to Mumbai [ on work, so that does not really count as travel]. While we were discussing possible options, he threw in Hampi which had me smiling and gaping..

I asked - why Hampi?

He said -- Friends who have been there spoke high of the place and therefore he was curious to visit.

I continued with my probing.. more to understand his interests, likes & dislikes when it came to travel but he had no preferences..
He did not know if he was into mountains, beach, hiking, nature, heritage, history as he had not been anywhere...

Hmmm.. throwing caution to wind I agreed to do Hampi trip [ I have been here before and love the place]

I took the bus from Chennai, while he took the train from Hyd and we met at the Hotel in Hospet [it was midpoint to bus stand & station, a basic hotel of sorts]. The first evening we went to Vittala temple, wandering about the space, clicking photographs [ I had carried my DSLR] but after an hour or so I could sense he had lost interest in the place and was just standing in one spot. But then he went along, the next day we hit Virupaksha Temple, Royal Enclosure and other must visit spots . As we got back to the room, he sighed and announced that he did not like the place at all, it was boring and nothing to see/do...

I did not comment, just kept silent and told him he needs to figure out what his interest area was and maybe get out more often to understand himself better.. He on the other hand was happy to stay in the room and watch TV or fiddle with his phone... Anyways, I stayed calm as I have met people from various walks of life/personalities and it is ok to not like a place.... Few other things that he did pissed me off and I infact advanced my return journey... With a few hours to go before my bus, he suddenly seemed to want to spend time and do stuff... I was not too keen... But then 4hrs just sitting there with him wasnt something I was looking forward to. So we took a cab out to Tubngabadra Dam in Hospet, which was a good decision..

As you enter the campus, there are shuttle buses to take you to the top, where you find beautifully manicured gardens and a 360 view of the dam below... It was worth the 20 Rs ;-)

The Tungabadra dam is a multipurpose dam - as in, it serves irrigation, electricity is generated from the waters, acts as a flood control among other things.... This is a joint project of erstwhile Hyderabad state and erstwhile Madras Presidency when the construction was started; later it became a joint project of Karnataka and Andhra Pradesh after its completion in 1953.

It was Feb and there was barely any water, am sure if you come around the monsoons or after it would be quite the sight to see. It is infact quite a popular Tourist spot and we could see families arriving in cars and bikes... The place is well connected, so you will get buses and autos to/from Hospet as well..

Apart from the dam, there is also an aquarium and another smaller garden near the gates... So, once you are done wandering about on top, you can come down to walk around the space till you get tired. That day was fairly hot and so we did not explore the area much. Sat in the shade awhile and made our way back to the hotel. As we rode back, I noticed quite a few high end hotels lined along the road all the way to Hospet...

An hour of chilling and I was happy to get back on the bus to Chennai... What a trip it had been... I always say "travelling is how you figure out if a relationship is going to survive.. be it friends or otherwise..."