Sometime last week I posted this in one of the whatsapp groups am a part of- “we spoke about doing a Metro ride, but haven’t done one yet as a group. Each of us have done it on our own “. Two replied saying they haven’t been on the metro yet and few of us replied yes, a group trip was pending. And that was how the train got rolling. Plans were made, we decided to go for it on Sunday -25th Sep. After a bit of to and fro, it was decided we would all meet at Guindy Metro station by 11am. From there, we would ride all the way to the Airport and back.

The easiest way for me to get to Guindy is by electric train [ well, I can be fancy and take a cab] but then hey, its all about the experience. So, Sunday morning around 10.15 I walked down the road to Chetpet Station, bought tickets[Rs10], and waited for the Emu to arrive. It did take its own sweet time. There were a few stray souls like me waiting and a few commented that trains were lesser since it was Sunday. Ah, finally I spotted the train, got into the compartment [wasn’t too crowded] and sat down to enjoy the ride. It had been years since I plied by these trains and must say it was still fun. 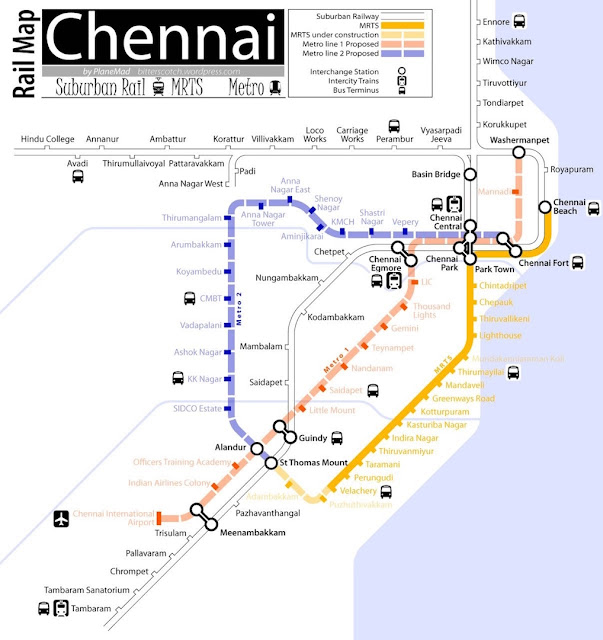 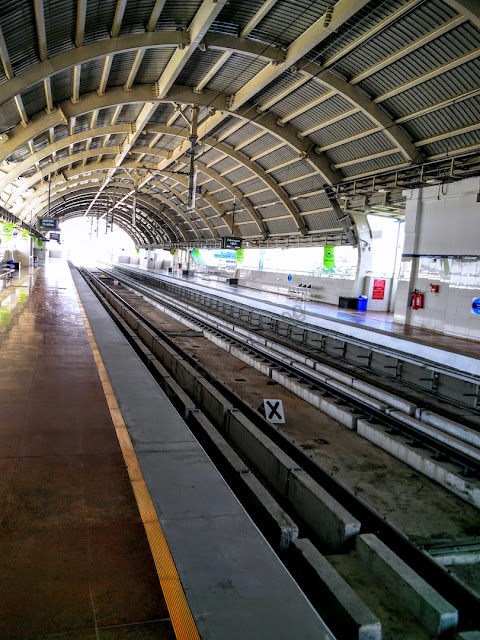 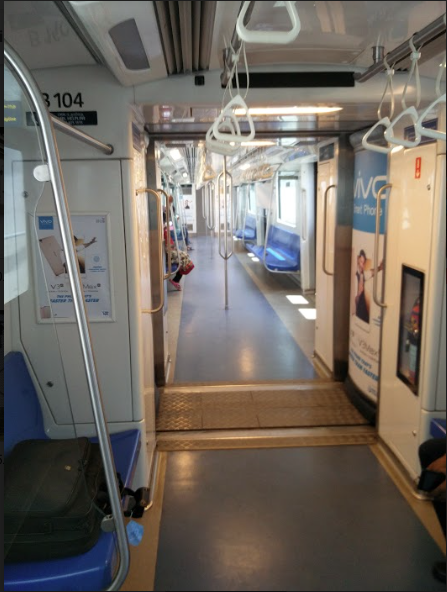 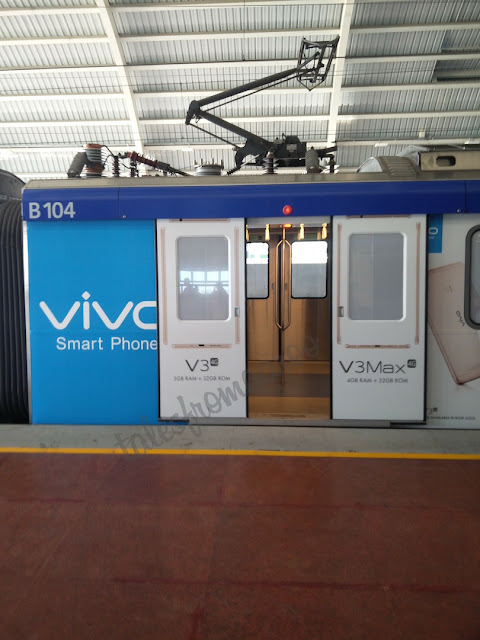 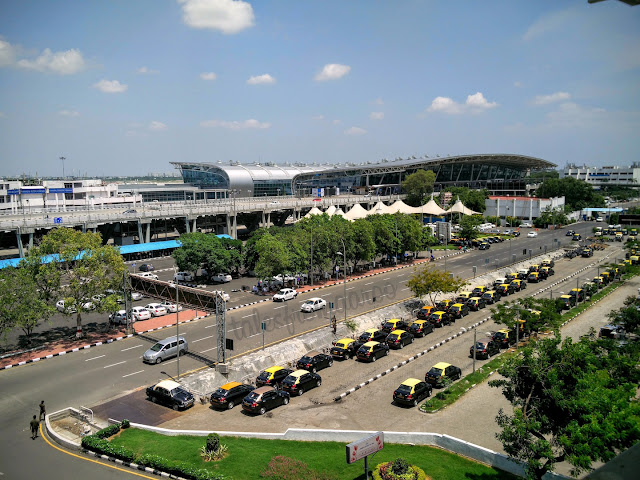 I reached Guindy station around 10:40, got out of the station to see where my friends were[there is a way to get to the Metro station without actually getting out], but it was too hot and so I turned around and headed up the Escalator at Guindy Metro Station [ there are normal staircases to climb as well, and the escalators are only for going up]. Friends were waiting on the landing. We waited for the others, and made our way to one of the ticket kiosks. It was all very similar to what I had seen in Bangkok.

You had to touch the destination station, it would then show the ticket rate, you choose number of tickets, confirm, and feed the machine your money [you can put in cash notes upto Rs100]- For us it was Rs40 one way per pax. It was fun watching the chips fall into the slot once the money went in. One by one they arrived, small blue colour circular poker chip like tokens.

From there, you go through a small security check area, show the token on top of the unit that opens up for you to pass through. You then go two floors up to the train platform [these escalators were really long and high, there are lifts as well]

The view around was breathtaking, and the flights that were taking off seemed to fly so close by. There was a screen displaying details about next train, ours was 13 mins away. Meanwhile a train heading to Little Mount arrived in theother platform.

Our train came, doors opened, we got in and tra la la laa, it was a fun ride... . Since it is still new, it wasn’t too crowded. The announcements were clear, there are route maps on both sides of the door [English and Tamil with light indicators].. We saw the Golf Course, the runway till we reached the Airport station.. There was a portion that went underground, it was dark and fun…

At the airport, you can hop out of the rain, go down the steps/lift and walk it out to the domestic or international terminals. I heard they are planning on launching shuttle services soon. The airport looked super cool from up here.. we decided to do this rate later in the evening one day.

It was getting hot, and so once again we did the merry go round... went downstairs, picked up tickets to Little Mount [this too costed us Rs 40 one way per pax] and enjoyed our ride back… While the entire journey was a good experience, I found there were no security guards on the platform.  hmmmm... hopefully it is in the plan~! Oh and how can I forget to mention this- am super kicked and proud that my city has this cool system .... :D

Once the entire route is complete, it would be so easy to get to the Airport from home… J

Clicked these during my trip to haridwar earlier this year for the ardh kumbh mela...  there was a guy selling old coins just off the steps along the gushing Ganges river 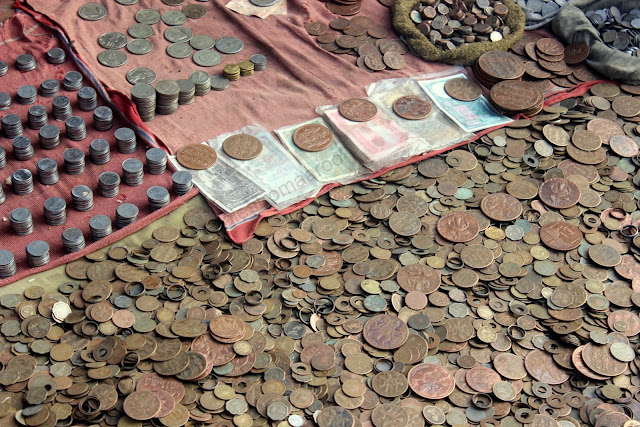 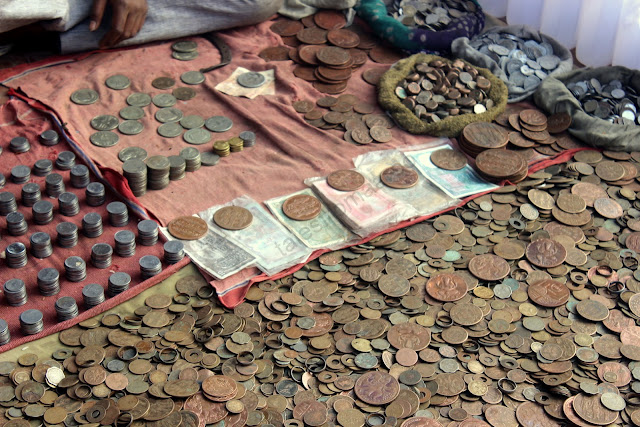 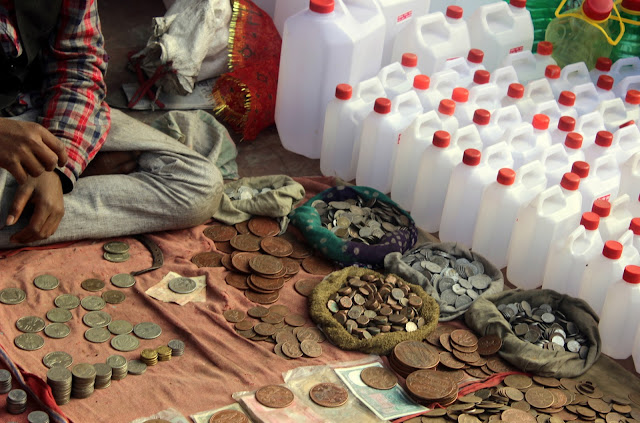