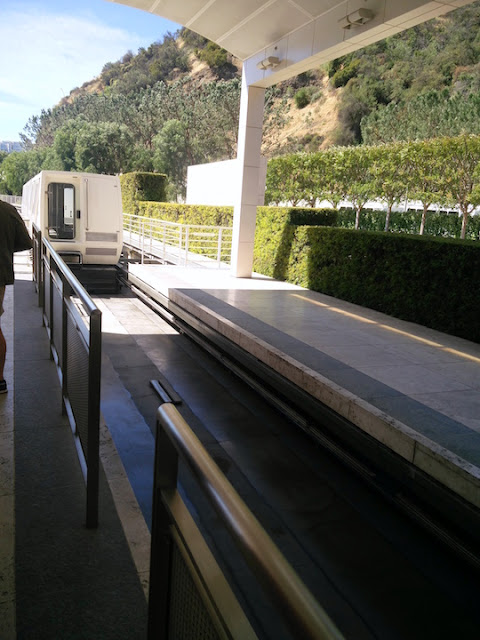 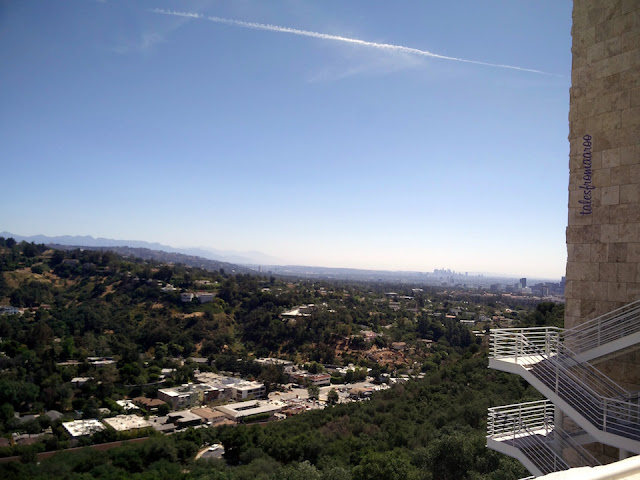 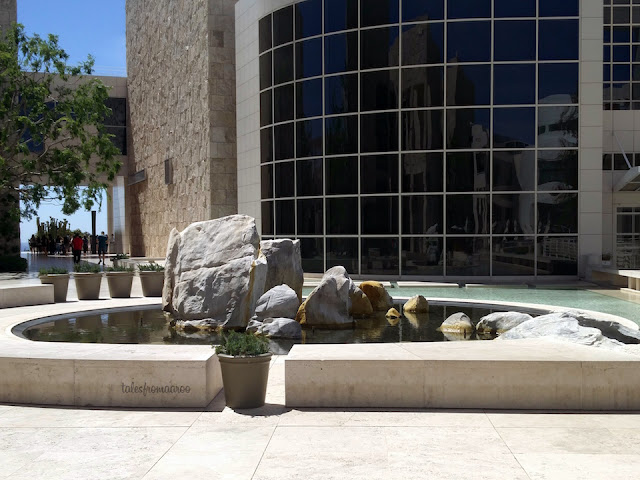 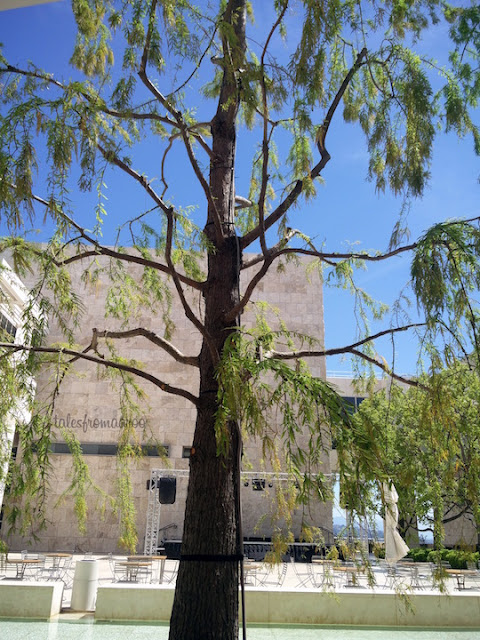 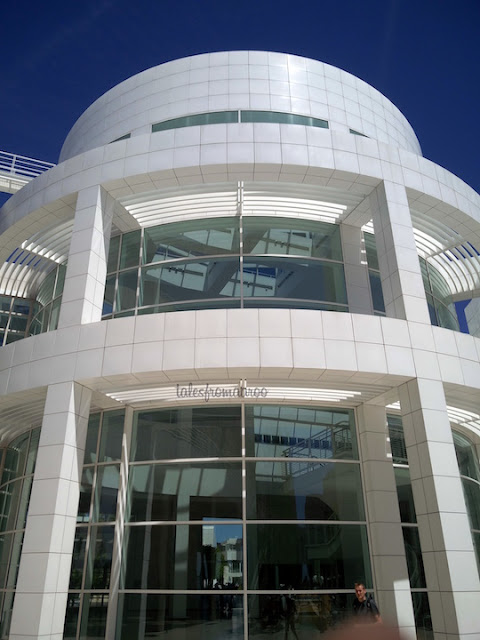 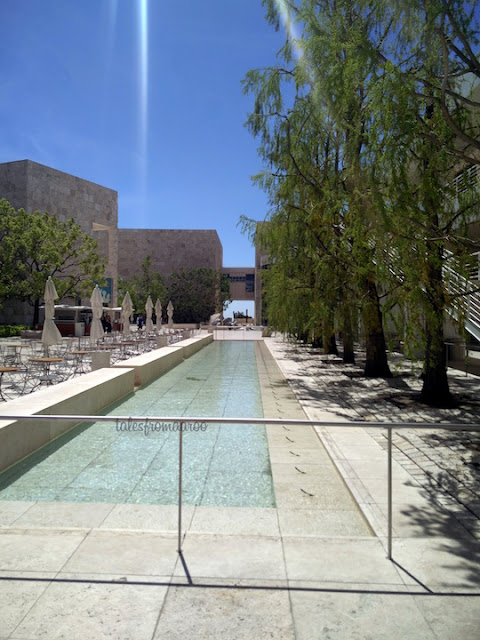 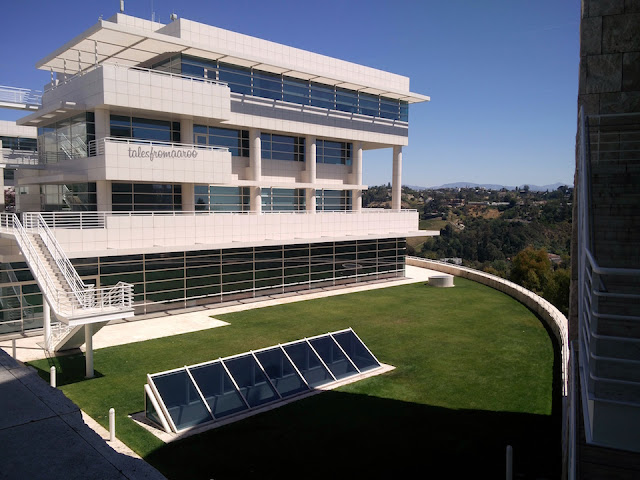 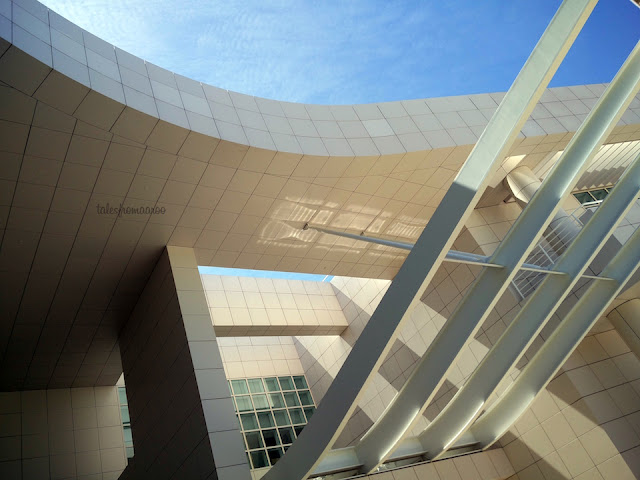 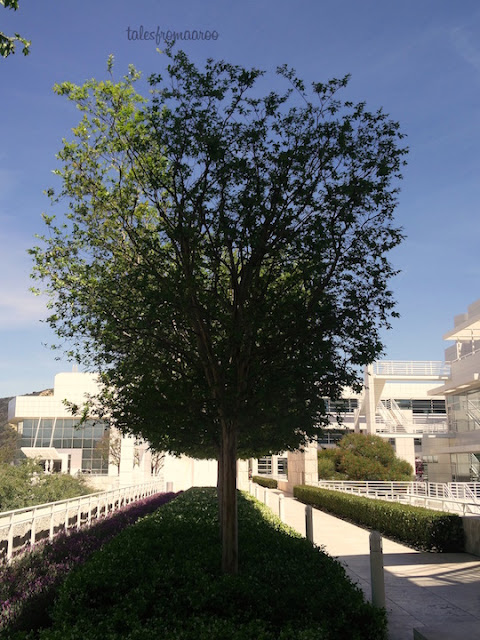 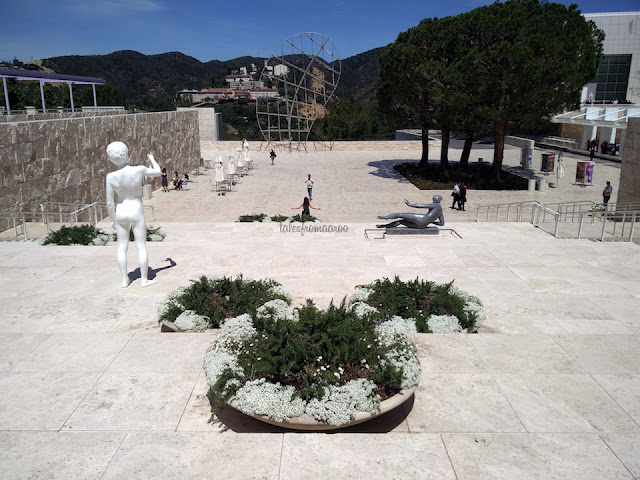 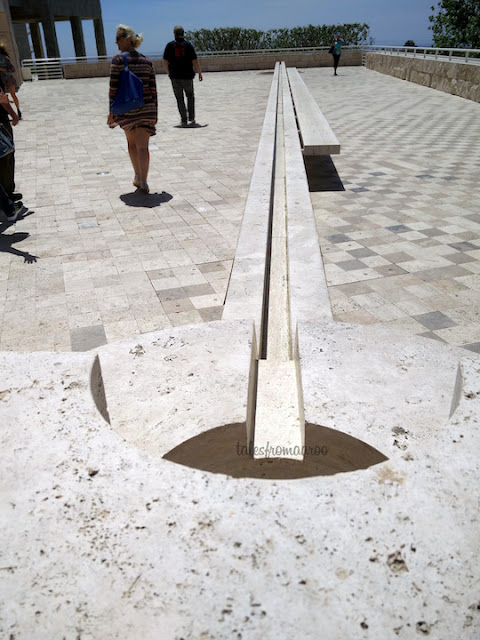 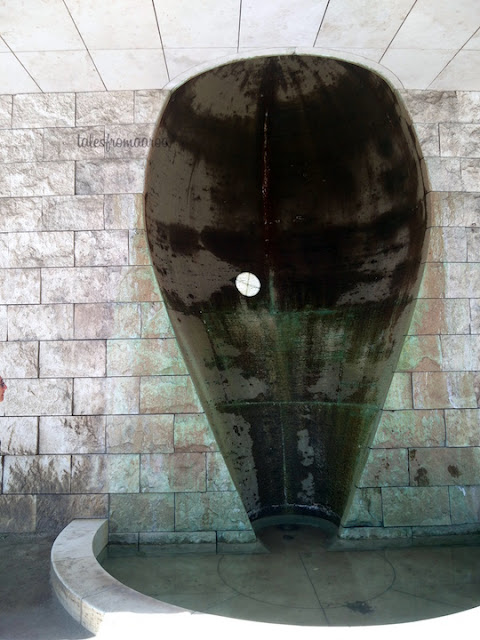 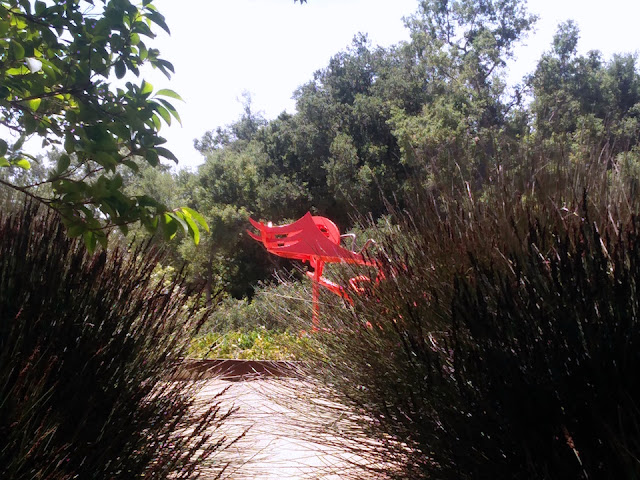 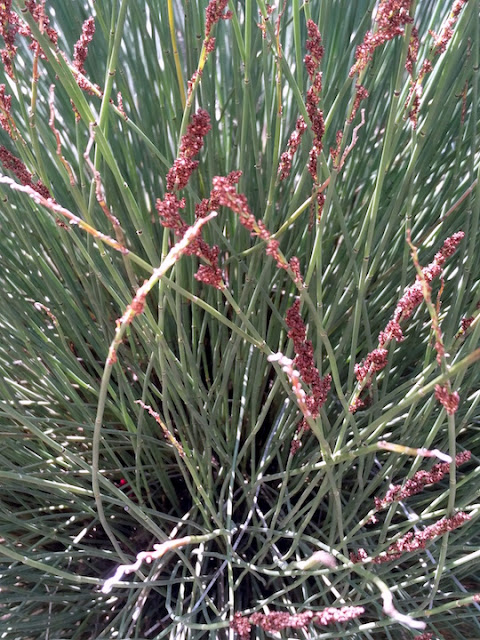 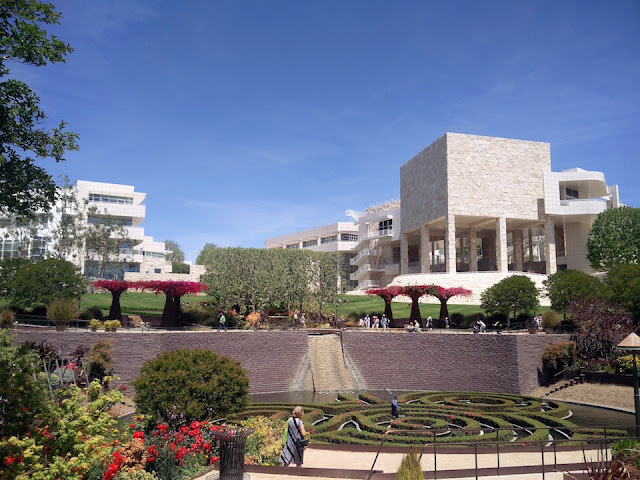 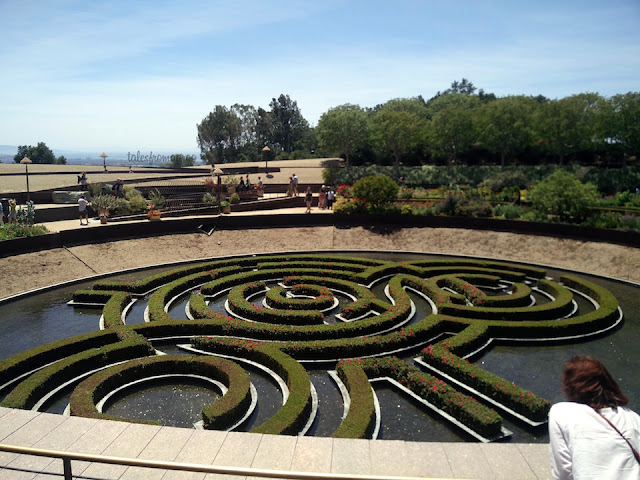 While I was planning my trip, one of my uncles [in Chennai] insisted I visit the Getty centre. I had seen pictures from grandparents' earlier visit and knew it would be a lovely place. I did not know much about the place, except that it was all about art and there was a huge garden within the campus. On my last day in LA, after having a relaxed breakfast, I made my way to the bus stand to head to Getty Centre. The J. Paul Getty Museum, commonly referred to as "Getty", is situated in the Brentwood neighbourhood of Los Angeles.. There is another centre, The J. Paul Getty Museum at the Getty Villa located in Malibu.

A short bus ride took me straight to the main entrance, where I was told to go to the place where electric tram took us up the hill to the main Getty centre. From there you are free to wander about. Everything is free, there is plenty of open space, benches to sit and enjoy the view from, a couple of galleries displaying different kinds of art, and of course the garden down below. There are also guided tours at specific timings.  And as with every place, there are a couple of gift shops selling interesting stationery to bags , toys and more..  The art collection features Western art from the Middle Ages to the present. It is said that over 1.3 million visitors annually, making it one of the most visited museums in the United States.

I noticed there was a Garden tour in half an hour. After enquiring about the assembly point, I began wander around the grounds.  Situated atop the hill, it offers a 360 view of the city below, with such beautiful vistas all around.

Keeping the various elements around, the architect Richard Meier designed the complex to highlight both nature and culture. The lady who gave the garden tour explained in length about the architecture and the architect's mind as well. From that, Richard Meier sounds a bit like someone with a major OCD.

The walls are all beige, they are fitted with 30x30 inch squares that flow seamlessly from the ceiling to the floor and around.
The trees in the centre are all aligned to be in line, they are also white flower blooming trees as Meier would not have other colours in the complex.
When they asked him to plant a coral tree, the tree of LA, he made sure to put it behind a wall,so it did not mess up the rest of the space. :D
*mind voice- damn this guy must have been crazy, wonder what he was like at home*
The smaller plants are also white flower blooming ones..
There were few other trees which were in a straight line, Sequoia trees.. They all looked like a military man had blown the whistle and ordered them to stand straight.

Wait, there is more. Cos trees have roots and have roots have a mind of their own which could lead to them changing positions over time, these trees are all planted in giant boxes which have then been hidden into the ground..

As for the garden, that was put together by Robert Irwin. The main garden is in three parts-- the Stream Garden, the plaza and the Bowl Garden. They have zig-zagged down the Stream's path, passed the bougainvillea shooting from rebar bowers[ a smaller version of what you see in Singapore gardens], crossed over the water cascading into the pool below, then strolled into the intimate, exuberant spirals of the Bowl, centered on its water-bound azalea maze. The past year saw the state go through terrible drought followed by rains. During the drought season, the Government shut off water and so the garden is pretty dry with nothing but succulents all across. The zig zag path is also dry and so we did not see/enjoy what Irwin had designed.

Oh and even the trees around the campus - they are all pruned to a certain height, almost  looking like someone gave them a bad haircut. In one area, there is a long walkway with mauve pillars, around which are wines with purple flowers in them. Now these were allowed, but had to be trimmed and kept in a certain way acc to the architect.

The day was quite windy, infact during certain moments I thought it was gonna whisk me away. After the tour, I spent some time exploring the art galleries, there are quite a few water bodies, ponds and interesting sculptures scattered through the property. I also picked up some souvenir at the store and grabbed a cup of coffee at one of the many kiosks outside. It is a beautiful place to just sit and soak it all in.

Soon it was time to bid adieu to this magical place and head back down. The tram awaits... adios...