About a month or two ago, the bunch of us met for a Tamil play.. A friend’s sis had also come down and she joined us. It was during the few minutes I spent talking to her that she mentioned we should do a trip to Rishikesh enroute to Haridwar for the Ardh Kumbh Mela. Now, I have been wanting to attend a Kumb Mela just to experience the energy and witness the crowd that comes down. So, when she gave us an open invite, it was all that I needed. A friend[couple] and I planned the trip, booked tickets and then came the drama.

With this friend, nothing is what it seems. The Trip began with him, his folks and Me doing the trip, and what finally happened was he+his wife [also a friend] and I ended up going on the trip. We booked onward journey tickets, but that changed over time and then came the return.. The hotel bookings were done literally the night before we were to fly out. If that isn’t last minute I don’t know what is..

Well, that is how I first official big trip of the year 2016 began. More to come in subsequent posts. But for now all I will say is that the trip was quite the interesting, insightful one.. I firmly believe that when you travel with someone is when you actually learn about them, and discover if the friendship is what it seems.. True to this, it was one hellova trip!! No regrets!!

The Ardh kumbh Mela in the holy city of Haridwar is from January 2016 to April 2016. 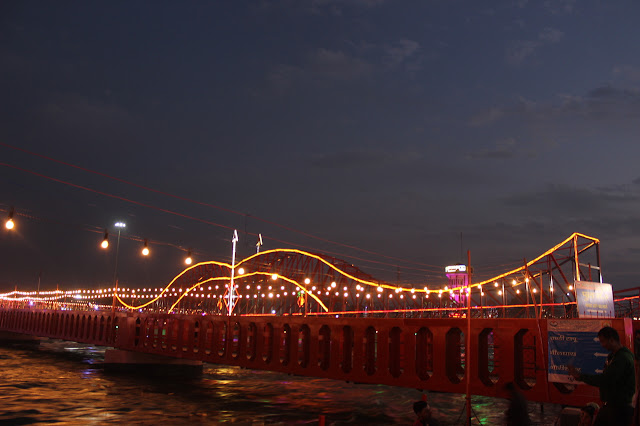